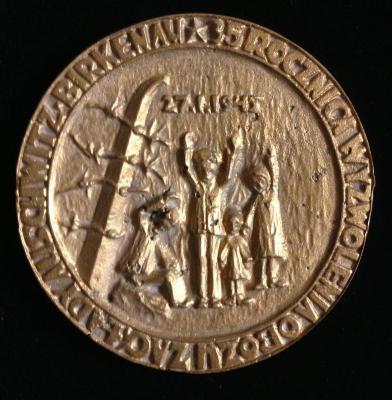 caption:
The front / obverse of this medal depicts 4 prisoners of Auschwitz (2 men, a woman and a child) standing next to the camp’s barbed wire fence celebrating their liberation by the Soviet Army, with the date of liberation “27.1.1945” above their heads and written in Polish around the edge “35th Anniversary of the Liberation of the Death Camp Auschwitz Birkenau”