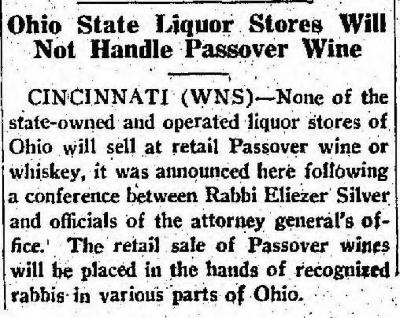 CINCINNATI (WNS) – None of the state-owned and operated liquor stores of Ohio will sell at retail Passover wine or whisky, it was announced here following a conference between Eliezer Silver and officials of the attorney general’s office. The retail sale of Passover wins will be placed in the hands of recognized rabbis in various parts of Ohio.