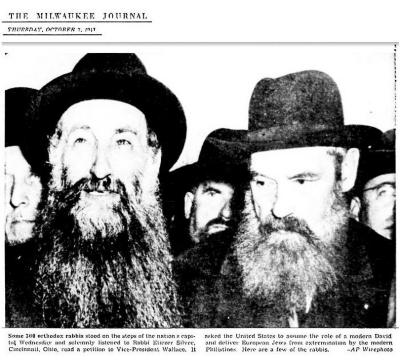 Some 300 orthodox rabbis stood on the steps of the nation’s capital Wednesday and solemnly listened to Rabbi Eliezer Silver, Cincinnati, Ohio, read a petition to Vice-President Wallace.  It asked the United States to assume the role of modern David and deliver European Jews from extermination by the modern Philistines.  Here are a few of the rabbis.