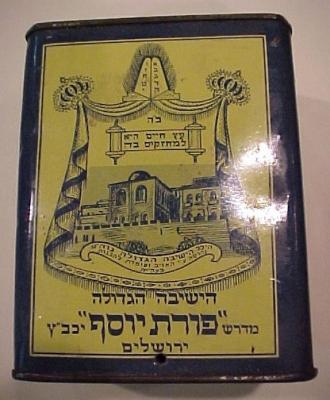 caption:
A tin tzedakah box made in 1952 to collect money for building a new Yeshiva, after the original Yeshiva building in Jerusalem had been destroyed during the War of Independence by the Jordanian Army.

This Yeshiva was originally founded in the Old City of Jerusalem, in front of the Kotel, the Western or Wailing Wall, in 1922