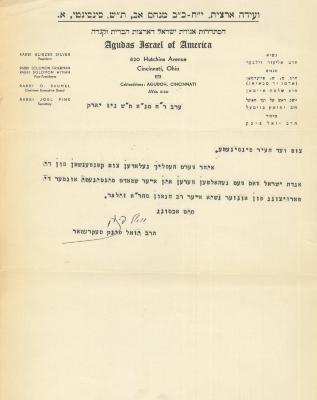 Letter from the Agudath Israel of America Inviting the VAAD Hoier of Cincinnati to Attend its 1940 Second Annual Convention.

To the Va’ad Hoier of Cincinnati.

You are cordially invited to the convention of the Agudas Israel which will be held in your city, Cincinnati, under the leadership of our “nasi,” your Rov, the sage Rabbi Eliezer Silver.