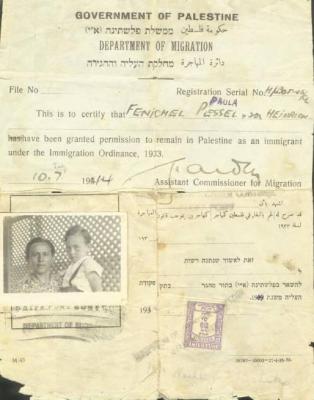 caption:
After nervously waiting in Bergen-Belsen concentration camp, Henry Fenichel and his mother were approved for Transport 222, an exchange of Germans living in Palestine for Jews who could prove a family connection in Palestine. Henry and his mother left Bergen-Belsen on June 30, 1944 and traveled the long distance from Germany through Eastern Europe, Turkey, Syria, Lebanon, and finally into Israel.