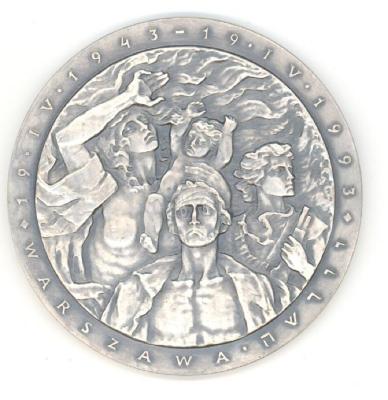 caption:
The obverse of the medal has in its center a high relief picture showing the starving injured Ghetto fighters in the background based on the Rappaport memorial illustrated in Figure 9.  Curved around the upper rim, “19 IV 1943 - 19 IV 1993”.  Curved around the lower rim in Polish and Hebrew, “WARSZAWA” (Warsaw).