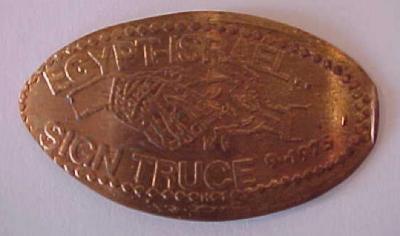 Description
This penny was issued to commemorate the second disengagement accord signed between Israel and Egypt after the end of the Yom Kippur War.

The key agreement dates were as follows: