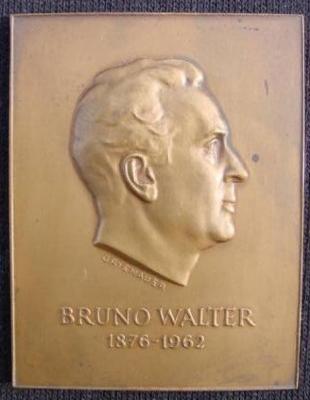 caption:
His bust facing right, with his name underneath and the dates 1876-1962 below.

Description
Walter was one of the great conductors of the 1st half of the 20th century and conducted at major orchestras and operas in numerous cities including Cologne, Hamburg, Riga, Vienna, Munich, Leipzig and after his expulsion from Germany he became the conductor of the New York Philharmonic.