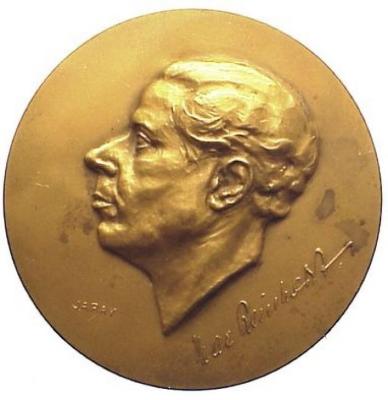 caption:
The front / obverse shows the bust of Max Reinhardt facing left with his facsimile signature below.

Description
This medal was designed by artist Jaray


Reinhardt (born Goldmann) was a major figure in theater, as a producer and director during the first part of the 20th century. He was forced to leave Germany in 1934 and he emigrated to the US where he continued his work until his death in 1943.