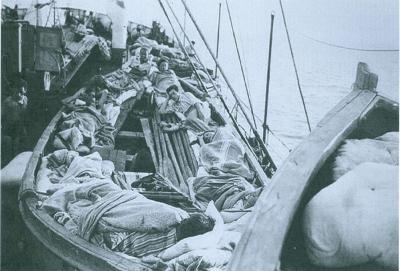 Collection
The Center for Holocaust and Humanity Education

The S.S. Navemar was a Spanish merchant ship that operated during World War II. The ship departed from Seville, Spain on July 30, 1941 with over 1,000 Jewish refugees aboard, far more than it was equipped to carry. Those aboard the Navemar included Ernst, Hilda and Monique Rothschild. The S.S. Navemar arrived in New York on September 12, 1941.