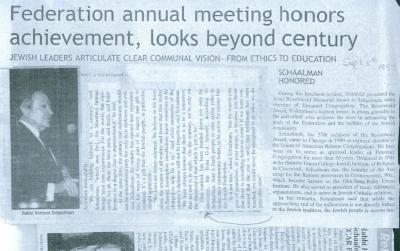 Description
Julius Rosenwald Memorial Award for outstanding service to local Jewry was presented to Rabbi Herman Schaalman by the Federation in September of 1999. Rabbi Schaalman was the 37th recipient of the award.