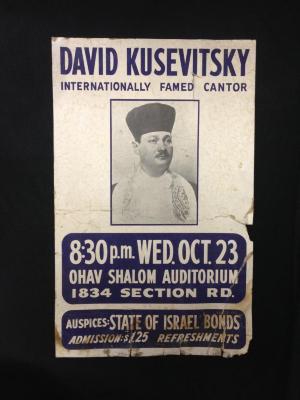 The youngest of four world-renowned cantor brothers, David Kusevitsky served as cantor of several synagogues in Europe before emigrating to the U.S. in 1948, where he served at Brooklyn's Temple Emanu-El until his death in 1985