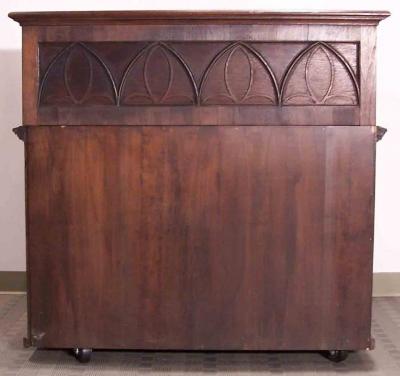 caption:
From Bet Tefillah Synagogue (later known as Shachne’s Shul), Cincinnati, Ohio. The Cantor’s stand was dedicated by the Torah study group of the congregation to allow for Orthodox services in what had been a Reform Temple.  These furnishings were set upon a raised platform floor of 48 cm, so that worshippers would “ascend” to the reading of the Torah.  Hillel also has two pieces of the raised flooring, and two wooden benches which stood together to form an enclosure around the cantor’s reading table.