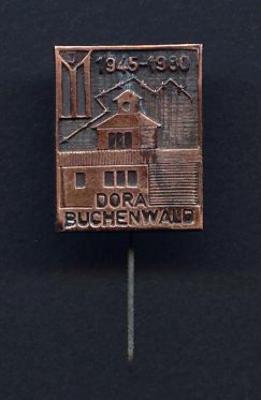 Description
Dora-Mittelban (also known as Dora – Nordhauser or Nordhausen) was established in Central Germany near to Harz Mountains.  Originally a  subcamp of Buchenwald.  In Oct. 1944 the SS elevated Dora to an independent concentration camp with more than 30 subcamps.  Tunnels were dug into the mountains for facilities for the V-2 rocket, and other experimental weapons.

During 18 months about 60,000 prisoners from 21 nations passed through Dora. An estimated 20,000 inmates died; 9000 died from exhaustion and collapse, 350 hanged (including 200 for sabotage), the remainder died mainly from disease and starvation