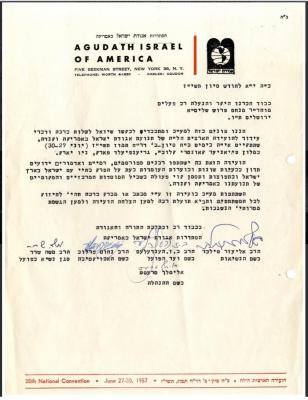 Letter from the Heads of Agudath Yisrael in America, in Preparation for the 1957 National Conference