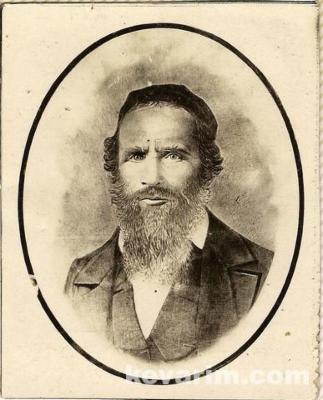 caption:
Schachne Isaacs, 1811 – 1887, immigrated from Lithuania and arrived in the Cincinnati area by way of New York in 1856. He opened a general store in Darrtown, later moving to Cincinnati where he entered the wholesale dry goods business. He was vigilant in the observance of Orthodoxy. When his congregation failed to include plans for a mikvah in a proposed building, he resigned in protest and started his own congregation, Beth Tefyla, in 1869. It is still known as Reb Schachne’s Shul.