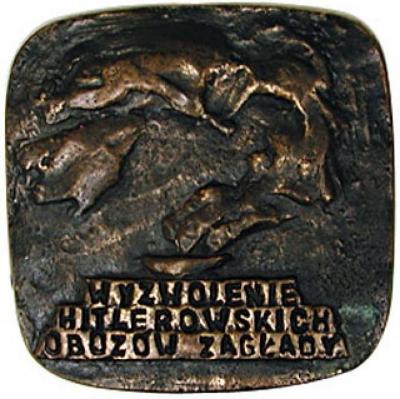 Description
The Auschwitz-Birkenau memorial, located today on the site of the former Birkenau death camp, was a difficult project. An unsuccessful competition to design the memorial was held in 1957-58 under the guidance of British sculptor Henry Moore.

Four hundred designs were submitted, including one that envisioned the camp being submerged by a lake, with bridges over the camp and devotional places for remembering. By 1967, all submissions had been rejected, especially those that violated the July 2, 1947 law on the inadmissibility of changes to the concentration camp grounds. Several different forms were combined to make the present memorial. The unveiling of the International Monument to the Victims of Fascism in Birkenau, as the memorial was originally called, occurred in 1967 with approximately 200,000 people in attendance. Polish state officials, prisoners' organizations from many countries, the Israeli welfare minister, the East German and Italian foreign ministers, and numerous ambassadors and journalists were present.

The memorial has changed throughout the years. The plaques indicating that "4 million people" were killed at Auschwitz were removed in 1990. They were replaced with plaques stating the more accurate figure of “one and a half million.”