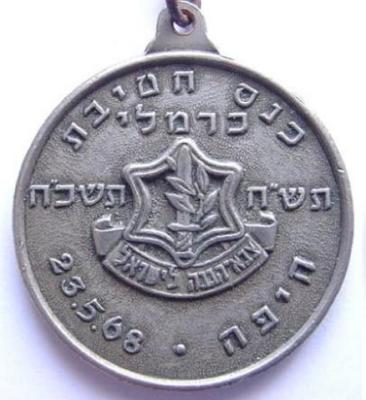 During the 1948 Arab-Israeli war the brigade was known as the Carmeli Brigade because it was led by Moshe Carmel. It was an infantry brigade which fought in the northern part of Palestine. The brigade played an important role in Operation Hiram.

This medallion was given to all Carmeli brigade soldiers who attended the assembly in 1968.