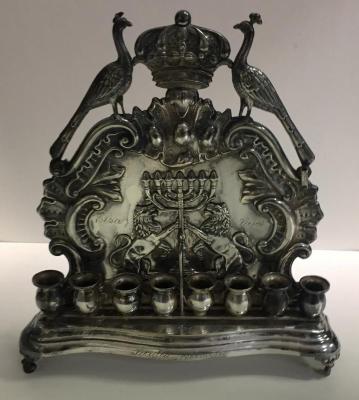 caption:
Late 19th Century hanukiah, silver deposition onto a brass surface; couch-like base with a row of oil lamps (removable). Decorated backplate; at top are a pair of peacocks and a Torah crown and in center is a model of the Temple Menorah with a pair of lions at each side. The object is missing the shamash and a removable oil vessel; this objects would hang just below the peacocks on either side.