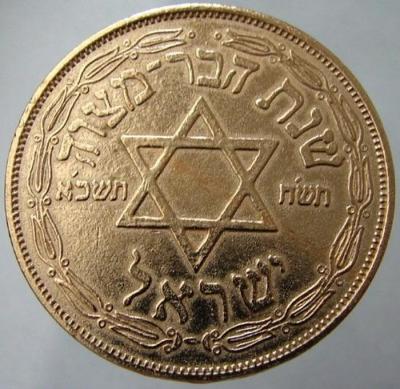 Description
This 35 mm brass medal was issued to commemorate the 13th anniversary of the founding of the State of Israel. It was issued with a cardboard card [not pictured] which highlights Israel-Political system: “1948-1961/Political “High-Lights”/of the State of Israel.  The people, under a system of proportional representation, elect the Knesset (an assembly of 120 members), which in turn, elects the President for a period of five years.  The Prime Minister and his Cabinet gain office by receiving a vote of confidence from the Knesset.  They go out of office when the Prime Minister resigns, the Cabinet resigns, or the Knesset gives a vote of non-confidence.”  On the back of the cardboard – the map of Israel.