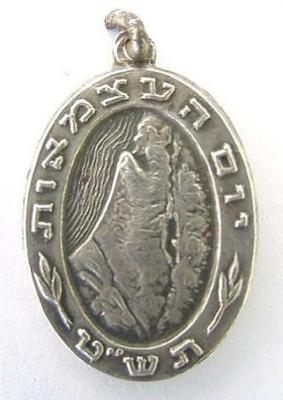 Description
This pendant was made by the Committee for the Israeli Soldier, to commemorate 1949, the first year of the Israeli Independence Day.

It is always preceded by Yom Hazikaron, the Israeli national holiday for commemorating Israel’s fallen soldiers, on the 4th of Iyar.