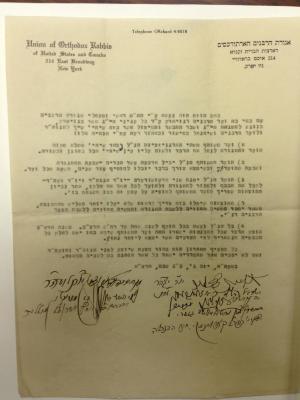 e)      All of the above shall remain in effect for one year, until Rosh Hashana 5692 (1931). From 5692 it is recommended that all income shall remain under the combined committee, it should have the power to distribute all remaining funds according to the needs that seem most important.
The last paragraph is a recommendation which will be recommended before the union of rabbis and the committee of rabbis, and if one of the sides should not agree, then all that was conditions shall remain for future years as well.

Yeshaya son of Karlinson(?), board member

Menachem Yehuda ?, ? for the committee